- Seen in history - what happened in Greece is a perfect example of what is to happen with other Treasury Bonds - when the bubble bursts it's most of the time too late to act - Five past twelve to move out of Fixed interest instruments in Real Assets (incl shares).

30 year US Treasuries Yield - The longer interest rates are artificially kept low, the stronger will be the reaction....and the faster they will go up once they move. Greece is the proof of the pudding.

Contrary to the general belief, it is not the Fed, nor the Reserve Banks, nor the Authorities who decide about long term interest rates but the market forces.Today these clearly indicate we will see higher long term interest rates. Higher rates will reduce consumption and increase SAVINGS. Very important for a potential future improvement of the world economies. In the short run the Authorities will do whatever lies in their power to keep interest rates LOW. Even if it means they have to keep buying Treasuries. By doing so they destroy SAVINGS/CAPITAL which is the life line for a good operating economy.

Artificially low interest rates chases capital and ALSO employment away. Interest rates will naturally rise in regions on the fringe of the major economies to attract capital. Later on (once more and more capital concentrates in the new growing economy) interest rates will decline. More taxation and at the same time keeping interest rates low, is adding injury to insult and speeding up the flight of Capital and the increase in unemployment. Authorities traditionally react to the increase in Unemployment by increasing the number of Government jobs. The cherry on the cake is the growing Regulation. Regulation always makes the marginal operation cost of the economy/society more expensive.

American Municipal Bonds crash: has recovered miraculously but is still about to start the 2nd down leg of the crash! There is no doubt MERLIN (the FED, the PPTeam,...) and QE is at work here. Such is unseen...bonds of bankrupt Municipalities rising in price....[This chart will end up in the History books.] 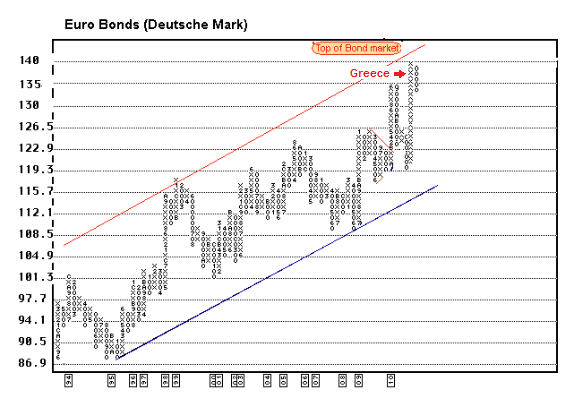 Bonds or a license to kill

Governments can print exponential amounts of Money but only so much DEBT can been created.

@angie_karan YES!!! SO WHAT?! it was an old, terminal sick animal and the big fee the woman paid for the kill, goes… https://t.co/XI1zOhUQTP

‘We Failed’: Danish Newspaper Apologizes For Its COVID Coverage https://t.co/dJ5IAORcUb